Right to Remain and The Fight to Resist 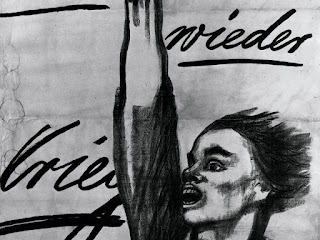 We were late, and as we shuffled awkward and crab-like to find seats, I looked for the first time at the panel, and thought ‘balls, like a BBC Comedy show, a panel of men...’ To my relief, this was addressed almost immediately, the women who were due to speak were all called away to support people at risk of detention and deportation.

I wouldn’t have immediately connected the struggles of the panellists to Right to Remain, there was the head of a union specifically for migrant workers, the director of LGBT group and a Housing Action activist (who was just such a lovely chap, I wanted to hug his little beardy face).

I might be a committed and long-standing lefty, but being based in Cheltenham I know I’m somewhat sheltered in my activism.  Living in what’s probably the whitest town in the UK I’d never really considered the connections between the struggle to secure affordable housing and immigration raids. Exploring these links and setting them within a broader political context was a revelation to me; the theme throughout the day very much seemed to be to find parallels between different struggles, and to build solidarity between campaigns.

After the panel had given passionate accounts of their work, a woman in the row in front made a stunning point.   With great clarity she pointed out that there is often a dichotomy between ‘story-tellers’ and those who are perceived to be ‘experts’ and that this approach of wheeling out victims with a narrative to support the work of policy makers and shapers, is both ethically dubious and ineffective.  Much to everybody’s relief, the organisation of the Right To Remain conference was such that all had a chance to contribute, allowing ideas and knowledge to be shared and individuals to make connections.  Following the opening panel discussion, we grouped firstly by area and then later by type of campaign.  This proved to be an incredibly effective way of facilitating peer support and the sharing of ideas. 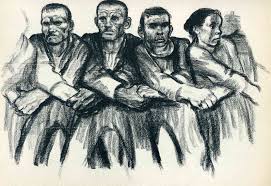 As a feminist, I’m very aware of the power of the ‘personal as political,’ particularly when collective struggle is atomised.  One woman powerfully described the feelings of fear and isolation so many migrants face; with neighbour pitted against neighbour, bribed by the Home Office to inform on one another’s immigration status.  The mistrust, fear and silence created by this paralyses individuals and wrenches communities apart; a very personal consequence of a political strategy to create a ‘hostile environmentfor immigrants.’

The raw passion, commitment and zeal of those at the conference was infectious.  Nothing was toned down in case there was an errant Tory who happened to recognise migrants as human, we were all loud and proud anti-capitalists.  I must admit, I was slightly surprised when a chap stood up and proclaimed himself as part of an anarchist collective, and then another made an impassioned appeal for everyone to join him in opposing the Arms Fair.  His engaging and simple argument; that it is an immoral double standard that weapons can travel freely across borders whilst people can’t.  He was totally right, though in another space would’ve been avoided like those religious odd balls that purport to share the meaning of life with their little stands full of crappy magazines.

I don’t know how it’s happened, but somehow being there I noticed I’d slipped into thinking strongly worded letters to MPs and worthy letters to reputable newspapers were the only weapons in the feminist lefty’s arsenal. Being in the company of so many strident radicals reminded me that there is also a place for those who fight with the police (and win!) to protect their communities, and that it is valid to view the discrimination faced by oppressed groups (be that women, LGBTI people, disabled people, BME people or migrant people) as integral to capitalism.

I left feeling resolute about my course of action.  I intend to research how Immigration Action Teams work in this area, to link with and volunteer at GARAS, to educate myself about the asylum process and to do whatever I can to counter the vitriol spewed by the tabloids.

Next week The Everyman is putting on a production of ‘TheBogus Woman,’ a play about one woman’s struggle through the immigration system, following this there will be a discussion about the issues covered.  Making migrants visible in our communities, and allowing voice to individual stories is integral to challenging prejudice.

One of the points that really resonated came towards the end of the day, commenting on the devastation US and UK foreign policy has wrought across the Middle East, a man, himself a migrant, said ‘You don’t set fire to someone’s house and then stop them from leaving.’ 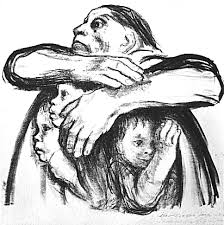 Email ThisBlogThis!Share to TwitterShare to FacebookShare to Pinterest
Labels: #refugeeswelcome

Chelt Fems is a discussion and direct action group. We focus on local issues with reference to the wider national and international feminist agenda.
Follow @Chelt_Fems
or join in the discussion on facebook bit.ly/cheltfems